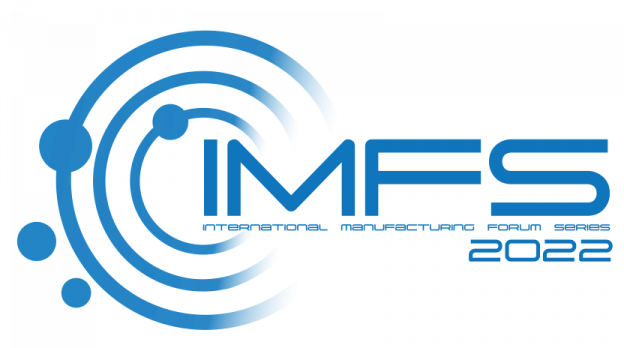 The 1st IMFS session will take place on January 7th. Register to participate! A Universal Printer – deliverying the promise of direct digital manufacturing

To manufacture realistic and useful products requires the development of manufacturing systems to produce complex objects assembled from differing materials and variable properties. This places considerable demands on a direct digital manufacturing systems. For too long many have been so overwhelmed at the success of recreating digital objects as physical objects with the same shape and dimensions, that they have lost sight of the real goal of digitisation which involve a complete digital specification of the product  and not just the external form. Multiple printheads may appear to be a simple solution. This presentation  focuses on that mission, we review the possible approaches, the challenges which arise  and how to move forward. The ultimate outcome is a 3d printer which is universal it what it can print, in terms of the complete digital definition In this talk we will address the question of what can be printed. This question may seem naive at first sight but in a deeper analysis it reveals the level at which we currently understand fundamental physics, chemistry and biology. For example, can a living organism be printed or does it has to be generated, and let alone to evolve with time? Is and iron bar suitable to be printed or is it simply transformed?

The current processes of 3D-printing are nothing but transformation procedures which slightly reorganize the molecular bonding of raw materials. This means that in order to fully understand and define the process of 3D-printing in a universal and definite way it requires to look at the Universe as being the ultimate printer. In the sense that matter can be created out of energy accordingly to the rule E=mc^2.

From the point of view of mathematical structures, geometry is concerned with measuring distances while topology is only concerned with the connections between objects. From that point of view geometry does not seem appropriate to model quantum mechanics due to the uncertainty principle. However, general relativity requires the notion of a metric and moreover the process of creating mass from energy has a direct effect on it. In the words of John Wheeler: space tells matter how to move; matter tells space how to curve.

Summing up, it seems that answering the question of what can be printed, by defining the notion of a Universal Printer (a printing machine which is capable of printing everything that can be printed) is in the long run the same question as what is matter or what is energy.

We will briefly describe new mathematical structures which have been recently introduced and that are being used in modelling real issues and specific problems in contemporary 3D-printing. These notions include fibrous preorders as a generalization of topological spaces, mobi-spaces as a model for spaces with geodesics, links and multi-links as the building block constructs that can be printed, as well as several algorithms and procedures that have been developed to work with these mathematical structures.

It is our hope that these new notions may in the future contribute to a better and deeper understanding of fundamental physics. The workflow of the research combines robotic/mechanical automation with machine vision and artificial intelligence (AI), to generate material models without any pre-existing knowledge of the material. Based on the feedback loop between machine vision and printing control, this system is capable of automatically conducting material experiments at a large scale, observe the results, and learn to generate an end-to-end solution that directly bridges the design intention to the fabrication of spatial wireframes based on non-standard material behaviours. The development of the method allows designers to design and fabricate dynamic spatial frames, without the support of existing material and structural models.

Development of algorithms and their computational implementation for multimaterial and fluid optimization. Validation of thermal phenomena by infrared analysis.

Within the scope of the MATIS (Materiais e Tecnologias Industriais Sustentáveis) project is presented the work developed aiming to understand the thermal phenomena intrinsic to additive manufacturing (AM) process. Numerical algorithms were developed to simulate the process of extrusion of polymeric (PLA) materials usually employed in AM. The formation of bonds between filaments and between layers during manufacturing by Fused Deposition Modelling (FDM), such as for Selective Laser Sintering (SLS) and others, is induced by the thermal energy of the molten material. The existence of thermal gradients can promote mechanical stresses that result in the distortion of the part and detachment of individual filaments if not controlled. Consequently, the temperature history plays an important role to determine the mechanical properties and geometry of the parts to be extruded. Thermal analysis not only impact for understanding the AM process, it also provides tools for optimization and failure prevention. The process of visualizing the extrusion process, at the thermal level, was carried out using an infrared camera, allowing to compare the numerical simulations with the real measurements. The work developed for 1D need optimization and extrapolation for various cases and materials, to validate the developed numerical tools. Multiphysics simulations, covering not only the thermodynamics but also the physics responsible for the solidification processes during additive manufacturing of complex objects (3D) are assumed as future progresses.

Many 3D printers have been developed in recent years, using different processing technics to obtain the parts. With as many software and slicer flavours as there are printers, we see a necessity to standardise the production processes in such a way that the proprieties of the constructed parts are directly connected to the intended application. To construct a modelling system where the function informs the design and the production pathway by predicting the required parameters to guarantee the final product.

With the concept in mind, we define a roadmap to characterise the parts produced in terms of the different physical proprieties (accuracy, reproducibility, mechanical proprieties, surface and internal morphologies)